Sins of the Past

A relic of unknown design, and heretofore unknown power, this large Octohedron was found in the heart of a large cavern structure on Corpse-Fortune Primaris. It was guarded by some large warp infused bone golem. Somehow it reacted to Megahra’s touch, and opened up, revealing an inside that was large that the space within it.

Swirling inside of it was a core of unknown energy. Whispers filled the air as they were inside the relic. When the energy was touched, both Megahra and Gaius heard a dark prophesy and saw a vision of the sector flash before their eyes. (See Prophesy 1 for more information.) When the vision was finished, the relic had shrunk in size to no larger than a half a meter in size.

Further abilities or powers are unknown as of now. 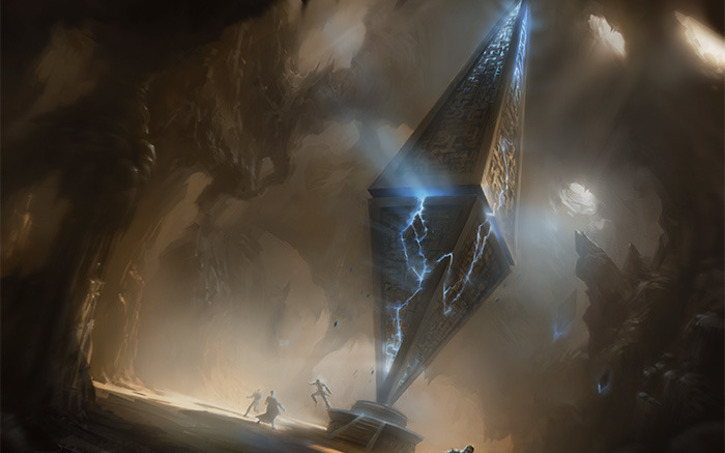 by: Speedstarx
See All Pages

I'm sorry, but we no longer support this web browser. Please upgrade your browser or install Chrome or Firefox to enjoy the full functionality of this site.